I’m very excited to share with Girls Heart Books the cover of my latest book, Stunt Double. It comes out July 6th and is the first of a brand new series. 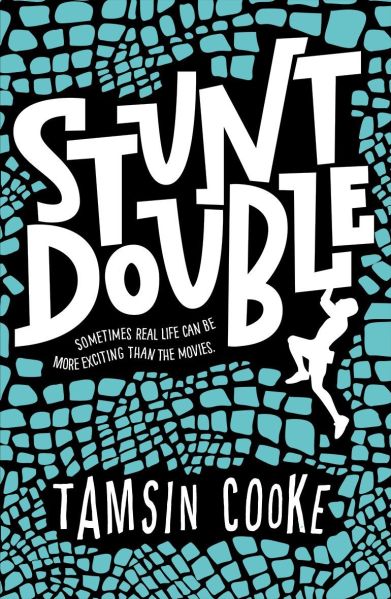 Finn is a free-running champ and karate black belt, with a talent for acting – but when his big break arrives, it’s not the role he was expecting at all. Recruited as a stunt double, he’s pushed to his limits – scaling walls at high speed, jumping from dizzying heights, and diving into rocky waters – all without any safety gear. The lines between movie and reality begin to blur as the stunts get more dangerous – and what secret is the enigmatic director, Novak, trying to hide?

I adore this cover created by Lizzie Smart. Not only is it my favourite colour, but it’s also shiny in real life. I really hope you like it too.

Stunt Double was so much fun to write. I researched how movies were made and film locations. I interviewed a director, extras and a real life stunt woman, Annabel Canaven – who might just be the coolest person I have ever met.

A huge thank you to OUP for making this such an enjoyable process, and to my agent Anne Clark for all her support and encouragement.

Finn works in an adventure film called The Ropen’s Revenge. If you could star in any film, what would it be? Star Wars, Harry Potter…???