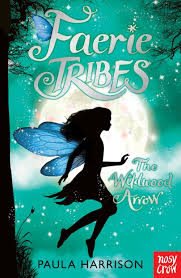 It’s nearly publication day for The Wildwood Arrow!  When I wrote this book I thought a lot about the natural world and the power it has over us. People sometimes say we’re not as connected to nature as we used to be.  I think that’s partly true. Today we put on electric lights when it gets dark early in the winter. We spend time on our computers and mobile phones. But nature still has power and that power has a dark side. We notice it when something unusual happens. Heavy snow blocks the roads. A town gets flooded. Then we realise that we’re not as invincible as we thought we were. 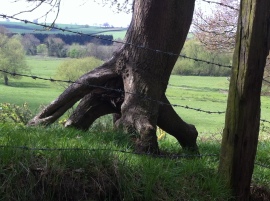 In the Faerie Tribes series, the faeries have a human form which allows them to live as if they’re ordinary people without being noticed. Out of the five tribes – Mist, Greytail, Thorn, Blaze and Kestrel – it’s the Thorns that have the closest affinity with nature. They believe that the world is out of balance with humans bent on destroying nature and that it’s time the balance was put right. But the faerie world’s in trouble too. The balance of light and dark power is also wrong and relations between the tribes are at breaking point.

A lot of action in the story takes place in Hobbin Forest. This setting was really important to me. I’ve always loved walking in the woods and I often go there to think. I like listening to the sounds of unseen creatures and looking at trees that have grown into strange shapes. You can definitely feel the power of nature in a wood.

What do you like about forests? Do you find them peaceful or a little spooky?

The Wildwood Arrow is the second in the Faerie Tribes series and comes out on the 3rd of October. WIN one of five copies of the book on the competitions page!

9 thoughts on “Don’t go into the forest…”